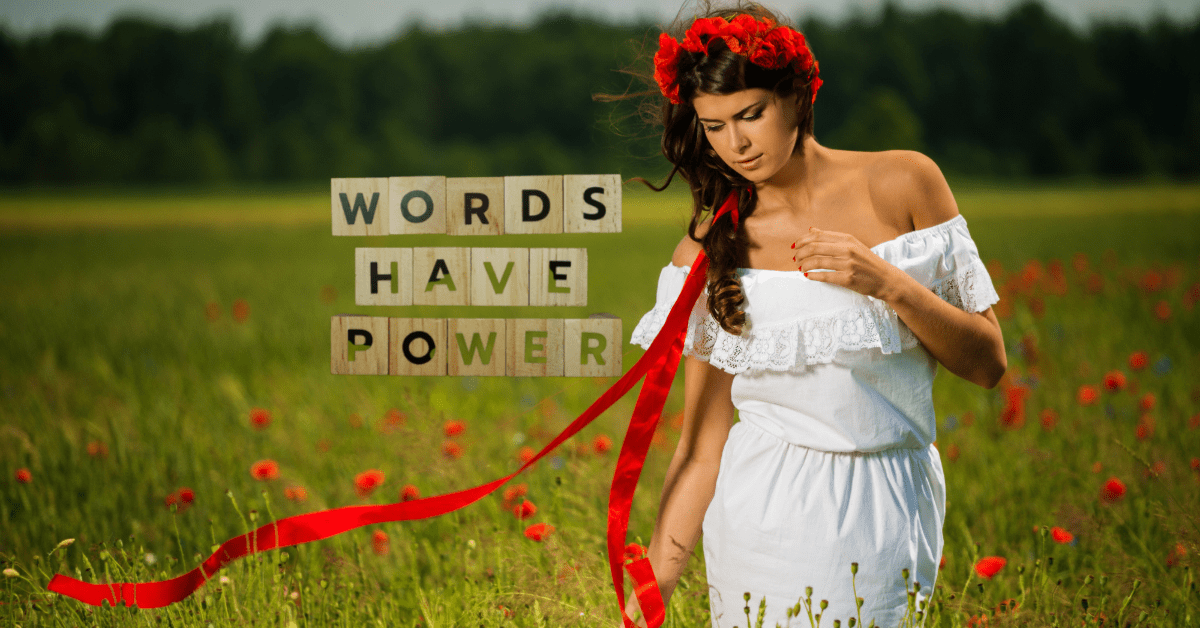 Words can hurt or heal, right?

We especially know this in the infertility and loss community! So often we hear, and sometimes read insensitive words from people who haven’t experienced what we are going through. These people usually don’t mean to upset us; they are just saying what they think will help us and often don’t consider how their words may hurt. And depending on how you are feeling that minute, sometimes these words hurt more than other times.

And there are words that we come across when we are at our most vulnerable. They may be words we haven’t given much thought to before because we’ve had no need to, until they are directed at, or are about, us. And these words hurt. A lot. I’m specifically thinking about medical words that relate to women’s bodies, reproduction and loss.

Pretty much all medical words go back centuries and are usually Latin or Greek in origin. They are the words all doctors, nurses and other medical professionals around the world learn during their training because illnesses and diseases have the same signs, symptoms and treatment regardless of where you live. 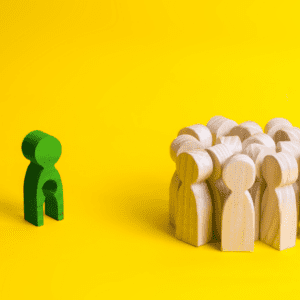 For example, diabetes, arthritis and cancer; the latter is from 450-370 BC and was first used by Hippocrates. Most common illnesses and diseases are experienced by men and women.

The only way women’s and men’s bodies differ hugely is in the reproductive area. And we all know that back in the day women weren’t considered equal to men, and no doctor was concerned about understanding how these words made a woman feel; they described an illness or symptom that needed fixing.

Our lives today are unrecognisable to centuries ago, yet these archaic and patriarchal words are still used without thinking how they will affect the woman they are said to.


The following word I’m sure you’re familiar with, but you may not know its origin:

**A natural loss of the products of conception, or the spontaneous natural termination of a pregnancy, especially before it is viable; the fatal expulsion of a foetus/fetus from the womb before term. [from 17th c.]

And finally: *** The term miscarriage is comprised of two words: mis-, meaning “mistakenly, wrongly or badly” and -carriage, a “means of conveyance. 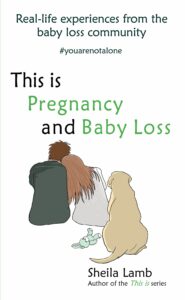 Why these words can hurt

If you haven’t read these definitions before, they are quite shocking and upsetting. I used to say ‘miscarriage’ when I talked about my early pregnancy loss, but when I looked up the meaning of the word a while ago, it really affected me and brought back so many emotions, and now I know that others feel the same hurt and upset, I try not to use it unless it’s absolutely necessary.

Other women who have experienced a miscarriage without knowing the original meaning of the word, have said that they immediately think that they’ve caused their miscarriage because they made a mistake, or did something wrong or bad; was it that coffee I drank? The run I went on? The flight I took? Absolutely not.

The reality is that most are caused by chromosomal anomalies that affect the development of the baby, and sadly that baby wouldn’t have carried on developing for nine months. Because there is so much silence and stigma surrounding miscarriage, the first time a woman knows anything about miscarriage is often when she herself experiences it.

Although the word ‘miscarriage’ is centuries old, interestingly doctors only started using it in 1985 in the UK. Before that, the medical folks referred to early pregnancy loss as ‘abortion’ with the following words preceding it: ‘threatened, inevitable, complete, incomplete, septic, missed and habitual’.**** WTAF!

Why do doctors use these hurtful words?

It was Richard Beard, then Professor of Obstetrics and Gynaecology at St Mary’s Hospital, London, who wrote in the Lancet in 1985: ‘Doctors use the word ‘abortion’ regardless of whether it was a spontaneous or induced event, yet our patients always speak of ‘miscarriages’ unless they have had a termination of pregnancy.

It seems likely that the words have been interchangeable for many centuries…’ He and his team appealed to doctors and all health professionals ‘to start using the word miscarriage rather than abortion for a spontaneous pregnancy loss before 28 weeks of pregnancy.’ Hurrah for Prof. Beard!

However, doctors were slow to start using the word miscarriage instead of abortion in articles published in medical journals. Up until 1999, readers of the British Medical Journal, who would be doctors and suchlike, looking under ‘M’ were advised ‘Miscarriage—see abortion’.

In the indices of the Lancet, ‘miscarriage’ only appears after 1988 and ‘abortion’ was used until 1994. And in the 16th edition of Gynaecology, (1995), the doctors continued to use the terms ‘abortion’ and ‘miscarriage’ equally in their text, but acknowledged ‘generally miscarriage carries connotations of spontaneous loss and is best used when talking to women’. ****

This is a great start that these eminent doctors who made the decisions agreed it’s better when ‘talking to women’. 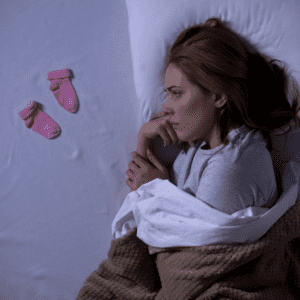 But written words hurt too.

I’ve read countless Instagram posts, blogs, stories and articles where women write that abortion is still said to them and it’s written in their medical notes when they are experiencing a pregnancy loss, especially if it was in the early weeks. Just no! Women are reading these notes, or a doctor, nurse or other healthcare professional can pick up her notes and start reading to her, verbatim, without thinking first how hurtful it will be to her to hear, for example ‘habitual aborter’.

There is much debate from around the world about an alternative word. Not everyone likes pregnancy loss’ as it makes them feel like they were careless to lose their baby. Everyone’s feelings are validated. The reason I prefer pregnancy loss is that it relays to others that I was actually pregnant with a baby; yes, a real baby that was once growing inside my womb.

When Chrissy Teigan and John Legend shared last year on social media that they lost their son Jack, many women who responded urged that the word miscarriage should not be used anymore. Finding the right word or words can feel almost impossible especially with the stigma that surrounds infertility, miscarriage and baby loss.

There are many medical words that cause distress to women who are struggling to get and stay pregnant and should be changed to something more sensitive, and my list is below, but you may know of more:

What can be done about these words that hurt us?

Here in the UK, The Miscarriage Association are also very keen to find a suitable word that can replace miscarriage, but it isn’t a quick fix because whatever the new term is, it would need to work for everyone involved: healthcare professionals, educators, researchers, government agencies, law-makers and of course the general public.

Other words that you don’t immediately associate with trying to conceive are ‘menopause’ and ‘hysterectomy’ – they also originated from centuries ago and we tend to think of them being something that happens to much older women. However, you and I probably know of women who have struggled to get pregnant and through investigations are facing a diagnosis of ‘premature menopause’.

Menopause literally means ‘the end of monthly cycles/periods’, and Aristotle referred to the age at menopause as forty. For those who receive a diagnosis of ‘premature menopause’ in their 20’s, 30’s and early 40’s, it’s devastating, because when your periods’ end, so does ovulation.

Your only options are IVF (in-vitro fertilisation) where some eggs may be retrieved from your ovaries but there’s no guarantee or egg donation.

Another very distressing situation a woman may face when she is trying to conceive either her first or subsequent babies is that she needs a hysterectomy. The word ‘hysterectomy’ originated, yep, you guessed it, centuries ago! From the Latin word hystericus and the Greek word hysterikos “of the womb” and is similar to the word hysterical – ‘a condition exclusively associated with women where they became uncontrollably and neurotically insane, blamed on a dysfunction of the uterus/womb’. We all know this is untrue but still, the word is said to women and written in their notes.

So yes, words hurt, not only at the time they are said but often for years after.

Raising awareness is key to bringing about change and this is why I and many others in the community keep sharing our stories, which also offer support and comfort in the meantime.

Wishing you all the best

**** ‘Miscarriage or abortion?’ Understanding the medical language of pregnancy loss in Britain; a historical perspective (nih.gov)