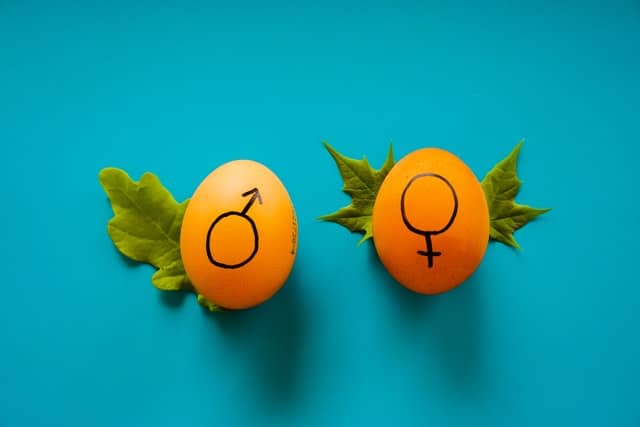 The taboo art of gender swaying – part one

The taboo art of Gender Swaying part one

Can you really influence the sex of your future children? Is it unethical to try? We’re exploring this subject in a 2 part post & we’d love to know your thoughts!

Parents often have strong feelings about wanting a little boy or a girl – even if it’s love at first sight whichever they turn out to be. It’s natural then, to wonder why the sex of your next child should be as random as a coin flip. Is there any way to influence this, could it be morally wrong to even try, and why is the whole subject so controversial?

The first point of controversy is the name. Strictly speaking, gender swaying should be called sex-swaying, but that just sounds even stranger! We’re going to stick to gender-swaying here because that’s what a lot of people call it, even if it’s not strictly accurate.

Gender swaying arose from a deeper need than wanting to know which colour nursery paint to buy. In some cultures, the rigid gender roles of children are closely tied to the future fate and fortunes of the family.
From the burden of wedding dowries for girl children to ensuring that elderly parents are financially secure in old age, a preference towards a girl or boy can go way beyond Dad wanting to carry on the family name.

These rigid gender roles are beginning to loosen in some parts of the world, as education for women and girls becomes more common and important.
Life choices and obligations for boy children are also becoming less rigid. More equality means less pressure for a girl or boy. However, there are still millions of parents around the world who would gender sway one way or the other for purely practical, and largely understandable reasons.

Why is gender swaying controversial?

How can something as harmless and personal as preferring a girl or a boy be controversial? It’s not so much the preference that some people have an issue with, but favouring one type of child over another. Some believe this is a slippery slope to something much more sinister – the rejection of children and embryos because they are not the “right” type of child.

China’s one-child policy (which ended in 2016) has resulted in thousands more boys being born than girls, for reasons such as boys having a higher earning potential.
This has caused problems such as baby girls being abandoned or even murdered, thousands of men not being able to find a partner and issues with the gender roles and expectations of both sexes.
The power to select sex based on cultural or financial reasons can have a negative impact on a whole generation. Critics of China’s policy point out that there are thousands of women and girls palpably missing from Chinese society today.

This is an extreme example of course, and it wasn’t caused by gender-swaying – but what would our society look like in twenty year’s time, if we could easily select for boys or girls?
Could boys go out of fashion for a while, leaving millions of women without partners their own age? That could lead to a whole generation of women dropping out of work to take care of ageing partners, and a generation of children who lose their fathers early.
What would happen to the population if a percentage of girls were missing, and fertility continues to decline? These heavy issues are probably the last thing on your mind when you’re excited about the possibility of a sassy baby girl or a cheeky little lad, but there’s a reason the oxytocin hormone exists! We’re designed to fall in love with our babies, even it’s the tenth boy in a row because the sex of our children is about as random as you can get.

What are some arguments for selecting for sex, or even gender-swaying?

Some hereditary diseases only appear in one sex. If it’s likely that an IVF or IUI baby could inherit a serious illness from one or both parents, and this would be expressed in only one sex, the doctor is allowed to select an embryo that is of the opposite sex.

Some people feel that if they have an abundance of either girls or boys, that selecting for the opposite sex is more acceptable. This is legal in some countries and not in others

There is also the argument of personal choice – that people should be allowed to control aspects of their pregnancy, even if other people disapprove.

Why does it even matter to people? Surely gender isn’t even important any more?

We’re moving into a period of greater equality and balance between the sexes, although there is still a long way to go. The rigid roles of boys and girls are beginning to dissolve, in favour of individual preferences, and preferred pronouns and roles. However, anyone who’s ever been possessed by “baby fever” will tell you, it’s very hard to picture your future child – playing with them, watching them in the school play, seeing them get married – without the avalanche of mental gender indicators that seem to kick in as soon as that first blue line appears.
The colours pink and blue are used from birth to indicate the sexes, and almost every feature of children’s products are in some way gendered or deliberately designed to be neutral. Although some parents seem to have achieved a truly gender-free childhood for their baby, even going so far as to keep the sex of their baby a secret, it’s so rare that it usually makes the newspapers.
It’s almost impossible not to have a preference at all, even if that preference changes from day to day.

Our children are a combination of our genes & ancestors, and as thinking beings, we relate to them before they are even born by picturing how they might look and interact with us. It’s normal and healthy to do this, and a big part of human identity is based on sex and gender.
There’s nothing wrong with wanting a boy or hoping for a girl, as long as we accept that ultimately they will be their own, independent person one day & our assumptions just might not suit who they actually are – and that we’re so very lucky to have a child at all.

In part two, we’ll look at how gender swaying is believed to work, and explore some of the theories and methods.
We’ll also be speaking off-the-record to an expert who has studied gender swaying in-depth – but who keeps this information close to her chest because it clashes with conventional medical knowledge.

PrevPreviousEverything Meghan did to get pregnant at 39
NextWhat’s the deal with fertility charms?Next