It’s time to stop asking women when they are having children, Amanda

When is she having a baby? Well, Rachel, she’s not exactly sure right now. Worldwide fertility rates are dropping faster than her knickers when her app tells her she’s ovulating, so the chances of her falling pregnant by merely glancing at her husband in the shower like you apparently did, Bethanie, are not exactly stunning. Yes, I know you got precisely what you expected Andrea – one perfect baby and another fabulous bump a mere six months later, good for you. Unfortunately, Jasmine, it’s not that straightforward for her.

When is she having a baby Brinda? When she’s saved up enough money to freeze her eggs, Amanda. Or when she’s got over her miscarriage, Dominique. Oddly enough she hasn’t been in the mood for sex recently, can’t think why that would be. Maybe never actually Sabine, because she’s not sure she can go through all of that a second time.

Because her husband’s sperm isn’t swimming in the right direction Khloe, so they have to pick a donor, and he’s having a hard time with the idea that he’s not going to be genetically related to his own children. In fact, if he doesn’t agree to therapy then she’s considering whether their marriage will last long enough to invest in IVF. Oh sorry was that too much information Megan? You could just try minding your own business next time Becky.

Do you want to know when she’s thinking of starting a family, Jada? All the time, Lisa. She thinks about it all the bloody time. It would help if she had more than one damaged ovary, Amanda. If she didn’t have PCOS, which is also making it hard to get her BMI down so she can actually have surgery, she might even have a baby by now, Eloise.

She could get right on with it if she didn’t have to get all the endometriosis scraped off her internal organs first, Cassandra. Pass me a red felt pen and I’ll draw you an extremely graphic picture of exactly why she’s not starting a family in the next five minutes Fatima. It’ll put you off lasagne for life.

Why am I not having children oh because I was traumatised going for the fertility treatment, It was bad enough I had to have my cervix examined for the NHS to mess up and give invasive procedures I didn’t need makes me not want to try again honestly Susan!

Because she can’t afford surrogacy at the moment, Michelle, OK? Because I don’t know if you’ve noticed, Gemma, but she’s actually not Angelina Jolie, so she can’t just fly around in a helicopter adopting children whenever she pleases. It’s very hard for some people, Quanesia, and I hope you never have to experience how soul-destroying it can really be.

So can we please stop asking women when they are having children? Not everyone can get pregnant that easily, and too many of us just don’t know if or when that can happen for us. Some of us don’t want to start a family, and that’s fine too.

Endometriosis, PCOS, male factor infertility, damaged ovaries, multiple miscarriages, unexplained infertility – 1 in 8 couples are going to struggle to get pregnant. You definitely know at least one woman who’s going through the heartache of fertility struggles right now – but people are often private about it. Ask us “What’s next for you?” or “What have you got planned after you get married?” – but please don’t ask us when we’re starting a family, because far too many of us simply don’t know. 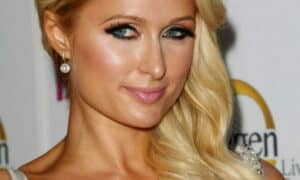 Paris Hilton surprises with a baby via surrogacy 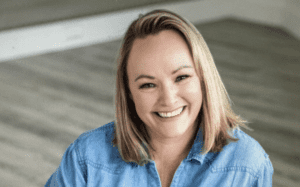