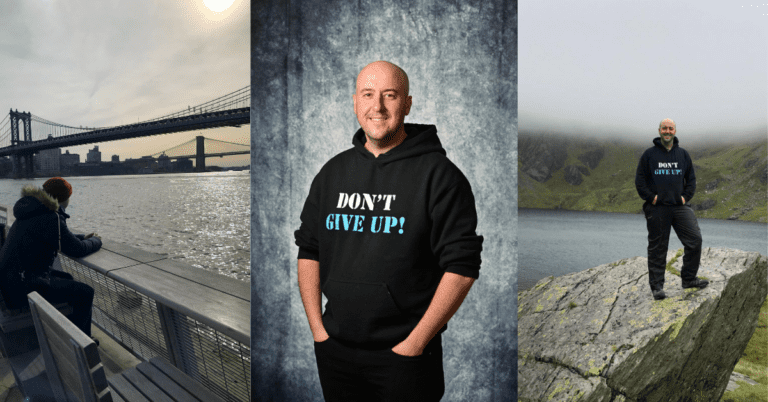 Kevin Button stood outside his doctor’s surgery feeling completely lost. In his hand was a letter informing him that his fertility was zero – adoption or sperm donation were his only options of ever becoming a dad.

‘I was numb with shock and didn’t know where to go or who to speak to’ says Kevin, 36, who works in the building trade in South Wales. ‘My girlfriend and I had been trying for a child for about a year when we decided to go for tests and it was found that I wasn’t producing any sperm. To be perfectly honest, I thought the first test was wrong and that someone had made a mistake. When you’re a young man, you can be cocky about things like that.

‘Even when the second test came back negative, I thought it was wrong. I was completely naïve. I had to go for an operation called a microtese, in which surgeons cut open the testes to retrieve sperm as they thought I might have a blockage. But they discovered I had a genetic condition called Sertoli-cell-only syndrome (SCO) meaning I don’t produce sperm. I was in complete denial and was sent home with a letter but given no support.’

The news sent Kevin – who was in his late twenties at the time – into a spiral of despair.

‘I was very angry with the world and had suicidal thoughts,’ he admits. ‘I was arguing more with my girlfriend and turning to drink to help numb the pain. My girlfriend had admitted that she wanted a child naturally and didn’t want to go through IVF so I was in a bad place psychologically and after six months we split up.

‘It’s very hard for a man to hear he is infertile. My grandfather is one of nine and my father comes from a large family too so I’d never suspected anything might be wrong. I’d always wanted what my parents had – a marriage, three children, the full package. But now that didn’t look likely and I became really depressed.’

Eventually Kevin started dating again but as soon as the subject of children came up, he would back off. It was only after meeting Nicci, 36, a recruitment manager that he felt comfortable enough to share his situation.

‘Nicci is just amazing and beautiful and when I told her that I was infertile, she said it didn’t matter and that she accepted me as I am. She’s had her own fertility issues in the past but we said we’d go on the journey together and that’s what we’ve done – we married two years ago in May.

‘We were able to have two rounds of fertility treatment on the NHS using donor sperm but neither of them worked out. Then I won a competition with a Californian fertility clinic offering free treatment and we were hopeful that that may be our chance but sadly the pandemic happened and we weren’t able to do it. It has caused strain and upset in our relationship because any kind of fertility treatment is stressful but we know we are strong together. We are saving up for another go in the future.’

It was after a family tragedy two Christmases ago that Kevin decided to start charting his fertility struggles and open up about his emotions.

‘The turning point for me was losing my cousin to suicide,’ he says. ‘I thought back to that day when I left the doctors with that letter in my hand and had no idea who I could turn to and then thought about all the hundreds of men that happens to every day. I wanted to do something that would make things different that would help.’

Kevin has written a free ebook called The Mancave Manual, encouraging men to talk and to break the taboo of talking about male fertility and helping others in the same situation. It will be distributed to 162 fertility clinics all over the world.

‘I’ve spoken to a lot of men – and women – about what they go through mentally and physically through fertility struggles but we need to keep that conversation going and break down the massive stigma,’ he says. ‘You’re taught as a man that you shouldn’t cry or let your emotions show but we need to stop all that. I’m noticing more and more men are opening up about their feelings, whether it’s in person or on social media and blogs and that has to be a good thing. It really is making a massive difference.’ 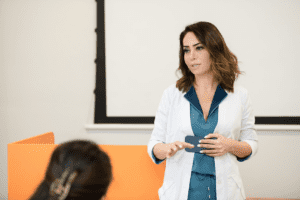