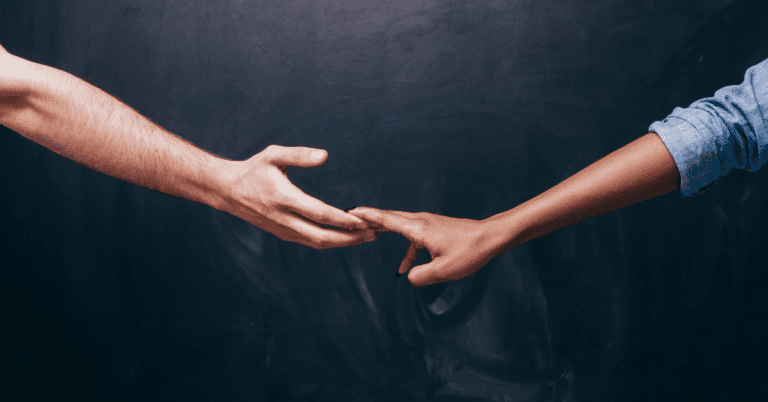 Letter to my husband, who is going to leave me when my IVF fails

This is a heartbreaking letter from a woman to her husband, about how she knows that he is planning to leave her if her IVF fails again.

Content warning: IVF, relationship struggles, mental health, needles. We have listed mental health resources at the bottom of the page.

I’ve got something I need to say: I get why you would want to leave, and I understand and forgive you for it.

You were so helpful at first with the calendars and the apps and the ovulation sticks, but it didn’t work the first time, or the second or the third. It’s me that’s faulty, not you. I think about the unfairness of this every day.  Looks like I’m hopelessly infertile, and I don’t blame you one bit for wanting to start over.

You had to give a sperm sample at the clinic, and for the first time ever I knew that you were not going to put up with this in the future. Put up with my sadness and tears and moods, and my body not working properly. It went from being an “us” problem to a “me” problem. I suddenly felt faulty and replaceable, because you were quite clearly, always going to leave me for a woman who could have babies. It’s just a matter of when.

I thought we were going to laugh about you giving your sperm sample because let’s face it – we’re both pretty immature about things like that. It’s so weird that we were trying to do this responsible, grown-up thing, but we couldn’t keep a straight face about a normal bodily function. But in the clinic, I could see that you were slightly nervous about it, and suddenly I was panicking because obviously there is a limit to the things a man will put up with.

When you came back from giving your sample I was crying, and you made a silly joke about it and I just cried harder instead of laughing. The joke was actually really funny and sweet though. A woman who could have babies would have laughed at it.

Then I had to have hormone injections, and you had to give them to me. You practised and watched videos on Youtube about it. The injections were brutal despite your care, and I screamed every time. One time I even dug my nails into your head. Your friend’s wives don’t need injections and even if they did, they probably wouldn’t make as much of a fuss as I do.

When were you planning on telling me you’d had enough? Would you tell me before the divorce letter arrived, or would it just appear on the mat one Monday morning? Would we have a civilised coffee while you assured me that I shouldn’t blame myself, or would I scream and throw a plant pot at the quietly closed door, because you’d understandably run far, far away from this bruised and harried woman who just can’t seem to have babies?

I’ve cried at adverts and shop window displays for months. I’ve cried at song lyrics. I sobbed the entire time we drove back from London, to attend your sister’s baby shower. I snapped at you for snoring, for watching TV, for eating the last biscuit, for not caring enough, for fussing over me too much, for not answering your ‘phone fast enough, for smothering me, and a hundred other things. Really though, I think I was snapping at you for carrying on the charade of loving and accepting me when deep down I always knew that really you were going to leave me for a woman who could have babies.

Yesterday we started the injections again. I was standing in the kitchen in my pants and bra and granny slippers, and you got ready to put the needle in, and then you stopped. You asked me if I needed a minute because guess what – I was crying again! But I wasn’t crying about the needle. I was crying because obviously, you were just going through the motions one last time before you left me for a woman that could give you a baby. That way nobody could say you hadn’t given it your best shot or tried hard enough, because that’s what kind of person you are. You give everybody your best, but you know when to walk away from something that’s hopeless.

This time though, I actually told you that I knew this with absolute certainty and that it was OK and I understood. I can’t believe how calm I was, but it has been obvious to me for a very long time now.

You looked at me like I’d grown an extra head, and told me to stop talking rubbish and keep still. Then you did the injection as gently as you always do, and I didn’t scream this time because the painful part was already over. Then you took the day off work to look after me, telling me that we’re in this together, and you’d do this for a hundred years if it meant we got to be parents.

You told me you were worried about me, and you could tell something was up. You were shocked that I thought you were getting ready to leave. You are just as invested in this as me – you just show it differently. You process the whole experience in a different way.

You feel powerless sometimes because I’m the one going through all the physical stuff. You don’t want to bring me down, because the periods where I’m feeling OK are so important to my mental health while we’re going through this. You’re calm and chilled-out, and you say stupid stuff to make me laugh so that I forget how awful this is sometimes. We’ll be amazing parents you say, and this time, I actually believe you.

This is dedicated to my amazing husband, and to all of the other incredible men, who support their wives and girlfriends through the stress and weirdness and pain of infertility. You’re all heroes and we love you so much!

Fertility struggles are stressful, and they can trigger obsessive, intrusive or negative thoughts. It’s important to speak to your doctor or NHS Direct (dial 111) if you are experiencing this often during the day, or for more than a few days.

PrevPreviousIVF Spain and IVF Greece – clinics in both countries are now accepting UK patients again!
NextFertility smoothie ingredients? Here are nine you might not know!Next