Lesbian couple adoption-scammed out of 10k by sister in law, called them “sinners”, claimed they would “brainwash” baby

Lesbian couple finally crack after being conned in adoption scam

Disclaimer: the vast majority of adoption arrangements don’t go as horribly wrong as this one. However, it’s a very good idea to get some legal assistance and protection, if you are entering into an adoption agreement before the baby is born.

Reddit is a gold mine for eye-boggling domestic shockers, but it’s not very often they make it onto fertility sites! We’re sure you’ll agree though, that this story illustrates the heartache and disappointment that so many couples both gay and straight risk, when they attempt to adopt a child. Our heart goes out to the same-sex couple in this story, and to everyone who has their dreams of becoming a parent shattered at the last minute.

The story begins with a young, lesbian couple who had been together for 7 years and had been trying to conceive via sperm donor for 3 years. Reddit user Aitasurrogatebaby explains that they had several attempts at conception, but sadly both of them suffered miscarriages, and they eventually decided to adopt. Despite the bias against same-sex couples they describe in the post, the hopeful young couple gave it their best shot.

“My wife originally wanted to be the one to carry our child but after 2 failed IVF attempts, I tried the treatment. We got no luck and both had to suffer the consequences of miscarriages. This was a traumatic time for us and we finally decided to adopt last year.”

During this time one of the women’s sisters had a one night stand and got pregnant (we know right! Life’s not fair). The pregnant sister approached the couple, fully aware of their long and painful fertility struggles, and asked them to consider adopting the child. She didn’t want to terminate the pregnancy for religious reasons, but she didn’t want to be a single parent either. The couple were ecstatic! It was agreed that they would adopt the baby.

“We paid for every pregnancy-related expenses my SIL had. The doctor appointments, genetic tests she requested, lab works, ultrasounds, her random cravings at 3 am. We even paid her rent for the third trimester. She decided on C-section because she was scared so we paid for the delivery and the hospital stay.”

However, when the baby was born, the couple tried to talk to her about transferring parental rights to the couple – after they had paid for everything, decorated the nursery and prepared for the baby’s arrival…

“She told us that she was keeping the baby and wasn’t giving it to us because she didn’t believe we were ready for a baby yet.

My wife was DEVASTATED. She cried herself to sleep for several days because we put the adoption on hold and had everything ready for the baby to come. Her nursery was ready and my wife painted the walls herself.”

You will not believe what the couple did next

These women are heroes, and we can’t believe their kindness and understanding. Despite this shattering news, the couple believed that the woman’s maternal instincts had kicked in upon having the baby, and they decided to be supportive:

“…decided to give everything we purchased for the baby to her because she was a single mom with no ready needs. We also decided to pay the remainder of the birth expenses as a gift to her.”

Fair enough, right? Two women graciously accepting the power of another woman’s maternal instincts despite their heart-breaking disappointment, and deciding to support the mother for the sake of the baby? This could have been a truly heartwarming – if sad story for the devastated couple. However.

A few days after they were denied custody, user Aitasurrogatebaby went to her mother-in-law’s house, where her sister-in-law was living with the baby. She overheard her on the ‘phone:

“She was talking to her friend about how she knew from the beginning that she wasn’t going to give the baby to us “sinners” and that her sister was an idiot to think that she would allow her baby to be brainwashed by us.”

We can’t imagine how this must have felt! After spending over ten thousand dollars on expenses, gifting the new mother her hospital fees, plus the entire nursery they had so lovingly chosen as a couple, this Reddit user was now mad as hell. She packed up the entire nursery and donated it to the homeless shelter! It got hella messy after that.

“Well, my SIL found out and all hell broke loose. She berated me on how she was a single mom to a baby now, how she needed these things, how she didn’t prepare for the baby’s arrival because she depended on us. I told her to kick rocks.”

While our entire office was cheering by this point, for balance we need to point out that our hero’s wife was upset by this, and wanted to support her sister. The Reddit user who at this point deserves a medal from the president for her patience and understanding finishes the post by asking, in the tradition of the popular forum:

“So Reddit, am I the a*****e for not wanting to help my SIL with her baby expenses and for donating the stuff meant for her baby?”

The overwhelming answer from Redditors was “No, you are definitely not the a*****e in this situation!”

To read the full thread, with all 573 comments click here – and remember: Always get expert advice and specialist support if you are thinking of entering into any kind of adoption arrangement! While the vast majority of such arrangements are made with the best intentions, it’s always sensible to have a support system in place for everybody involved. 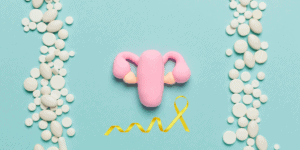 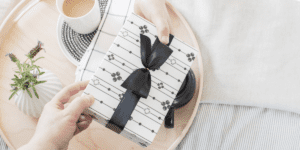 Great support this month from Sarah IVF Positivity Planner…Christmas Advent Day 2 ... If you are taking care of yourself physically and emotionally you will be in a much better state for coping through the month, and I will be sharing ideas throughout the month on things that I know are triggering.

I’d really appreciate it if you could please like and share this post, so that those that need the support this month can find it, and you can be in with a chance to win a copy of my IVF Positivity Planner.

As always, please don’t struggle alone, there are lots of people who can support you, so please reach out to me xx

A great offer from Nuafertility, plus we have a ten percent off code…. NUABEST10.
See our product spotlight section at the bottom of our website for more details.
www.bestfertility-now.comWe are delighted to announce that we will be offering 𝐅𝐑𝐄𝐄 𝐒𝐇𝐈𝐏𝐏𝐈𝐍𝐆 (UK & ROI) on all our supplements for the entire month of December 2021.
Our premium prenatal fertility supplements are packed with all the vitamins, minerals & live bacteria that you will need to optimise your fertility health.

Surrogacy is more common in the UK than many think. ... See MoreSee Less